When I was little, my parents took us (me and my sister) pretty much all around the world. I don’t really know how they did it, but I do wish I remembered more of the details of these trips. Our family photo albums are pretty amazing to look at, that’s forsure. Even though I was a toddler when we travelled, I know that one of the reasons that I love to travel so much now is because many of our family dinner conversations revolved around travel. Why am I sharing all of this now? Well, on one of our trips to Germany, my parents bought a grandfather clock. It’s been in their house since forever and I have always really liked it (even though when I was 7 years old it almost crushed me because I pulled on the weights the wrong way – oops). Anyway, between my childhood trips to Germany and my adult trips to Switzerland, I have seen some pretty traditional clocks – both of the grandfather and cuckoo varieties.

When Cuckoo Palace sent me news of their cuckoo clock collection, I could help but chuckle. They’re such funny little clocks, aren’t they? The chalet cuckoo clocks and the carved cuckoo clocks are very traditional and many people in southern Germany, I learned, own them. I can definitely appreciate the detail that goes into each piece, can’t you? I guess in recent years, the cuckoo clock has been getting some makeovers. You can now buy traditional brown clocks in a variety of colours, including white. 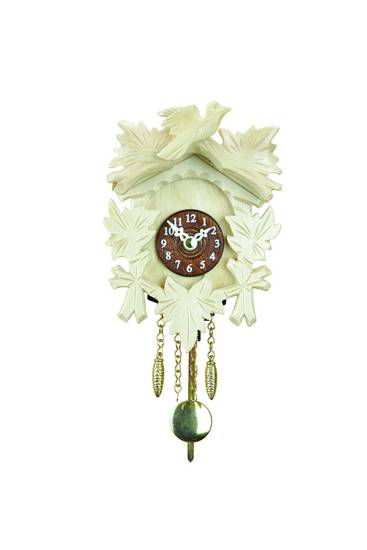 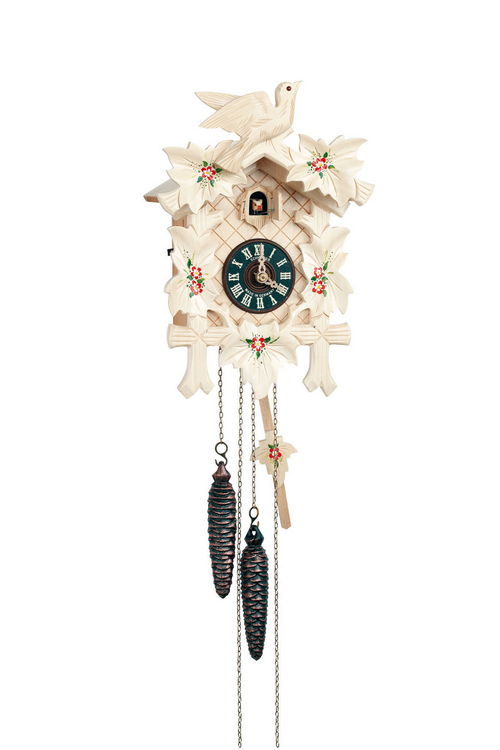 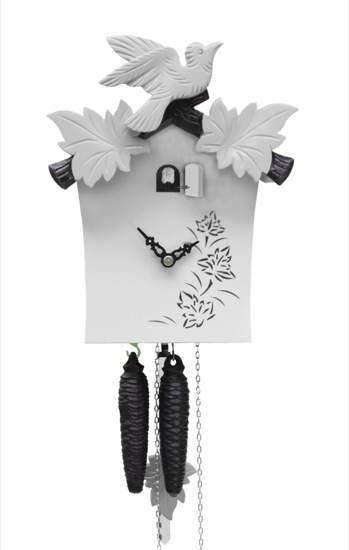 In addition to the colour change, some newer cuckoo clocks look drastically different. Their function and general clock workings remain the same, but they look so completely modern. 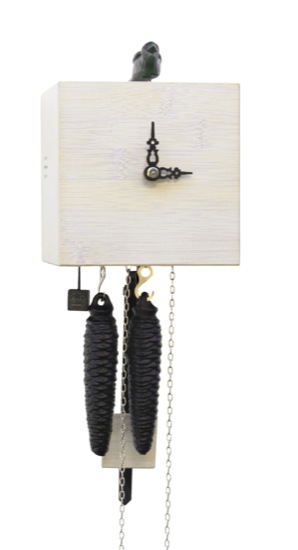 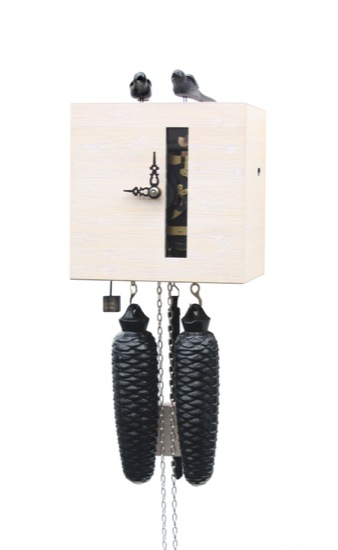 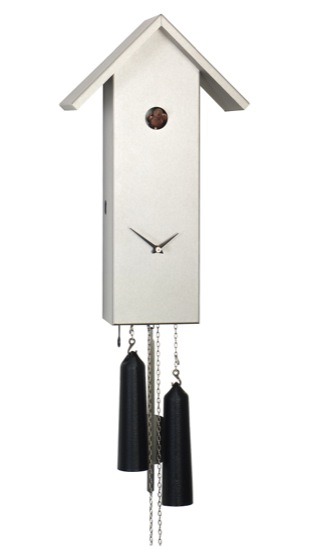 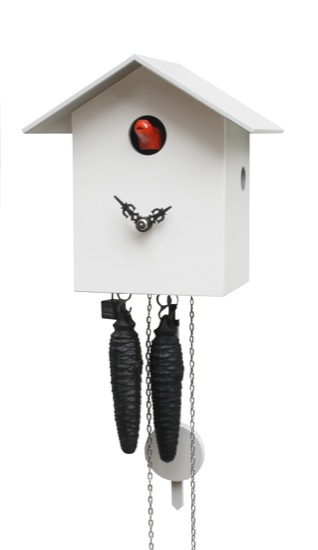 The intricate carving of this cuckoo clock is really amazing, isn’t it? I think it combines both traditional and modern elements. 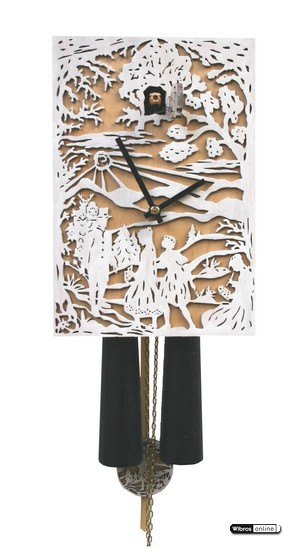 As you will have noticed, these German cuckoo clocks can get pricey. I spotted some that are over $1000, but many hover around the $300 ranger. Some play music and all of the clocks are authentic made in the Black Forest. Has anything caught your eye? International readers may be interested to know thatÂ Cuckoo Palace offers flat-rate worldwide shipping, so you don’t have to go all the way to Germany to buy one!

Many thanks to Cuckoo PalaceÂ and Christina B. for supporting this post.

When my friend Anita sent me the link to this art installation my jaw dropped…and then I had the urge to book a flight to Berlin to see it – and jump on it – in person! 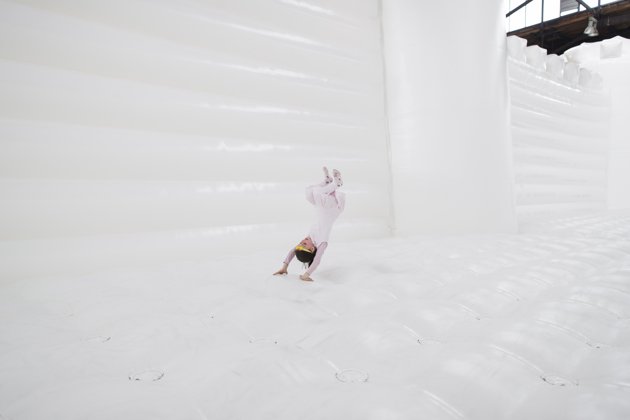 The White Bouncy Castle is the work of artist William Forsythe and is open to visitors of Berlin until July 14. Although the exhibit has travelled to a few places since 1997 it has yet to make its way to Canada. I’d say now is a good time! 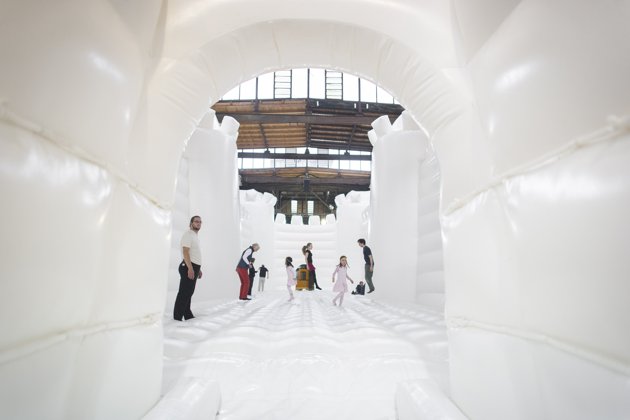 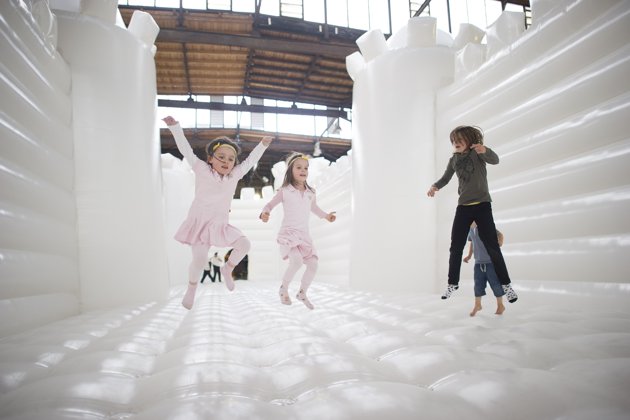 Mr. Forsythe has quite the bio. Raised in New York, he trained as a ballet dancer in Florida and danced andÂ choreographedÂ all over the world. He has created numerous films and installations, has lectured at universities and cultural institutions around the world and is also the creator of The Forsythe Company. Oh – and he also holds an honorary doctorate from The Julliard School in NYC. Simply impressive!

Let’s go to Berlin, shall we? And perhaps rent a place at the stylish and well-designed Miniloft? 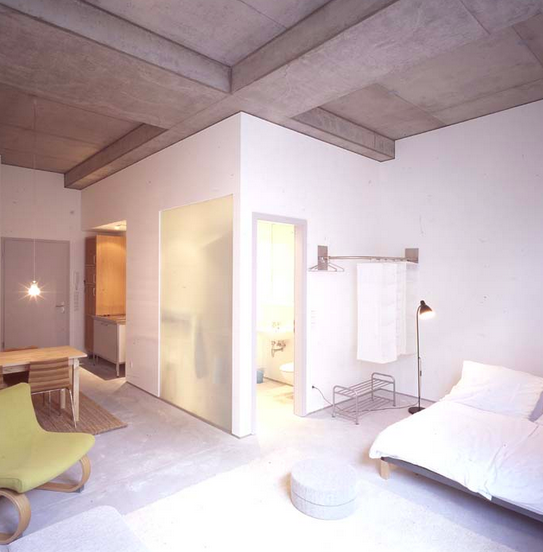 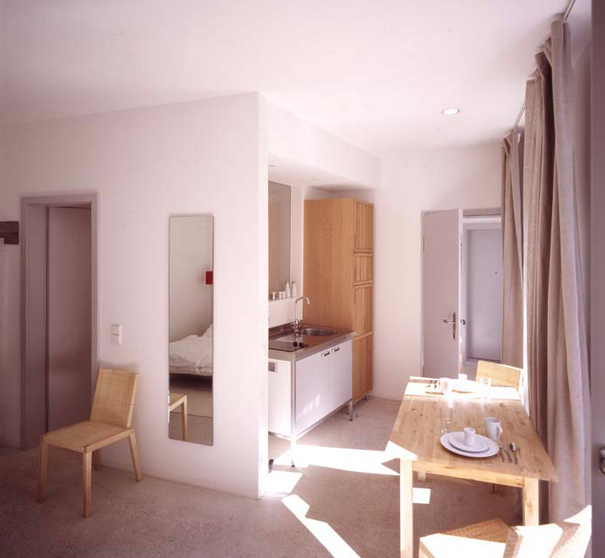 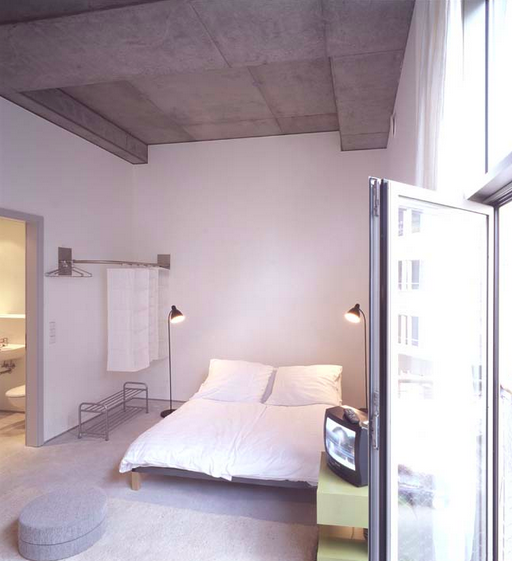