As I was browsing through some of my daily and weekly reads (cue blogroll), two bathrooms caught my attention. I thought I’d share them with you in case they haven’t yet made their way to your computer/laptop/other device. Feel free to weigh in on what you like or dislike about each space.

The first bathroom was featured on Sue’s The Zhush. The bathroom (and home) was designed by Irene Lovette of Designstiles. I adore the marble in this bathroom as well as all of the fixtures. The shower is stunning, and please hop on over to see the bathtub. Just gorgeous!

While the colour palette here is simple, neutral, and white, the space is interesting because of all the patterns of the various marble pieces. This bathroom does not shy away from mixing metals either, and I think we are going to continue to see this in interiors in the years ahead. 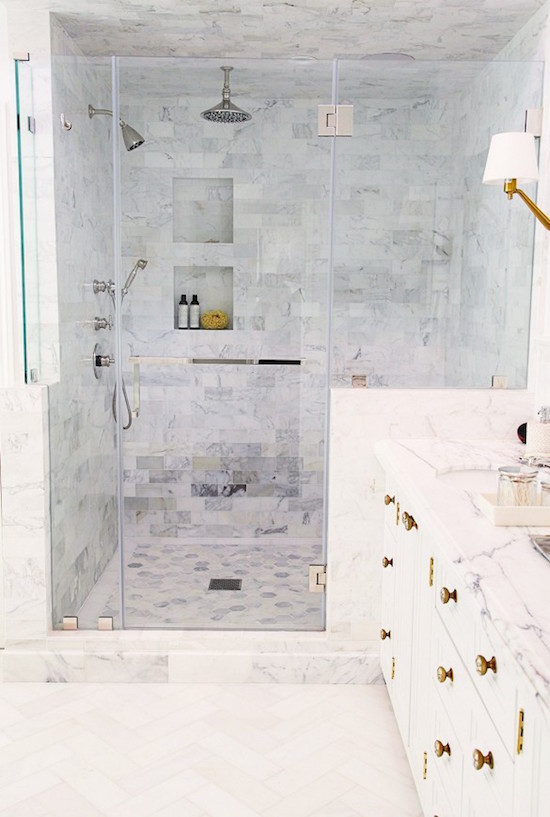 I spotted the second bathroom on Jacquelyn Clarke’s Lark and Linen. It’s one room (of many) in Calvin Klein’s Miami beach house, and it is very minimalist in design. It was designed with super straight lines, one colour scheme, and only faint lines of pattern (e.g., marble on the side table). The shower luxe curtain and black curtain rod certainly got my attention. 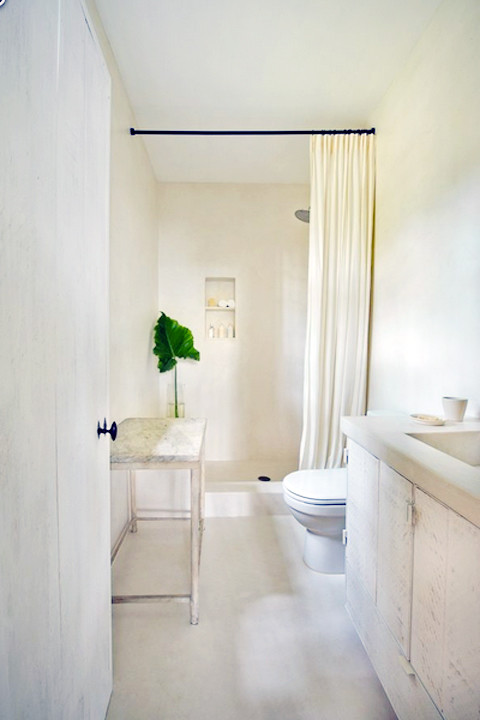 I honestly watch the Academy Awards more for the fashion than for the films. Is that so wrong? The stars – with the help of their style teamÂ – work hard to look good, and I am always keen to see what colours and styles make the final cut. This year, there was a lot of pink (e.g., Gwyneth Paltrow, Anna Kendrick, Zoe Saldana, Karolina Karkova), red (e.g., GiulianaÂ Rancic, Dakota Johnson, Rosamund Pike, Solange Knowles), glitter (e.g., Emma Stone in lime glitter), nude (e.g., Oprah Winfrey, Jennifer Aniston, Jennifer Lopez, Kerry Washington), and black (e.g., Cate Blanchett, Tegan and Sara, Laura Dern, Sienna Miller).

I, of course,Â was curious to see who would wear white on this very special evening. Here’sÂ a brief review: 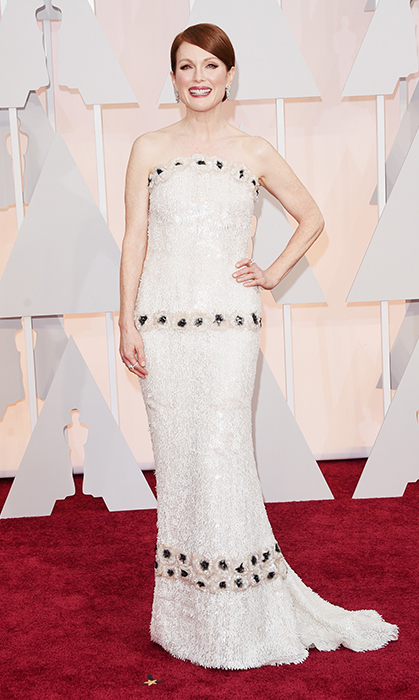 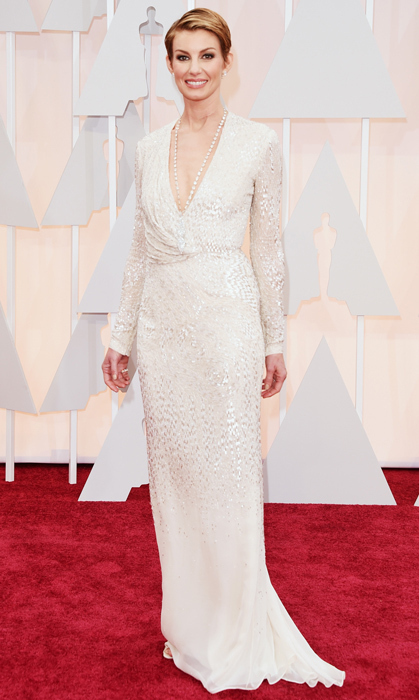 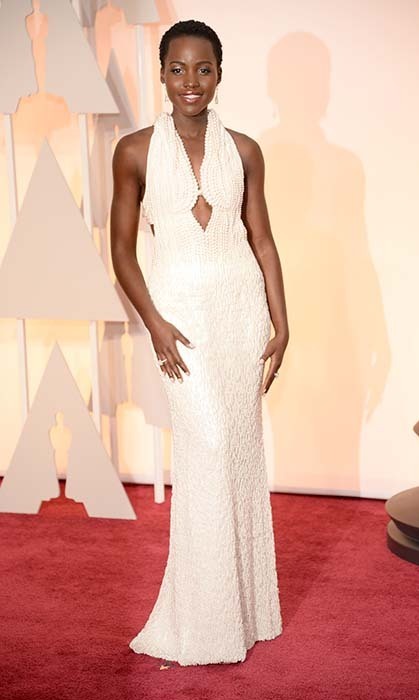 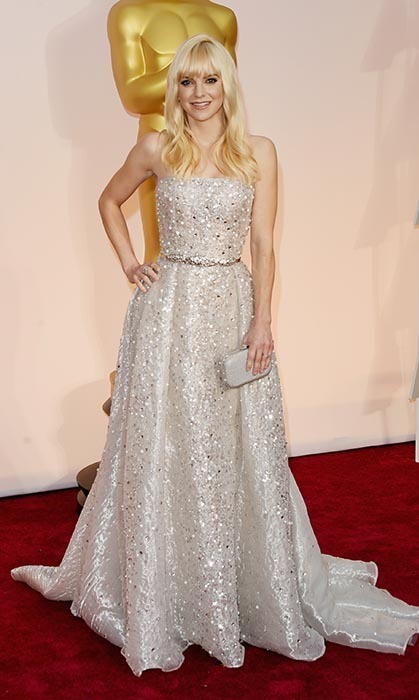 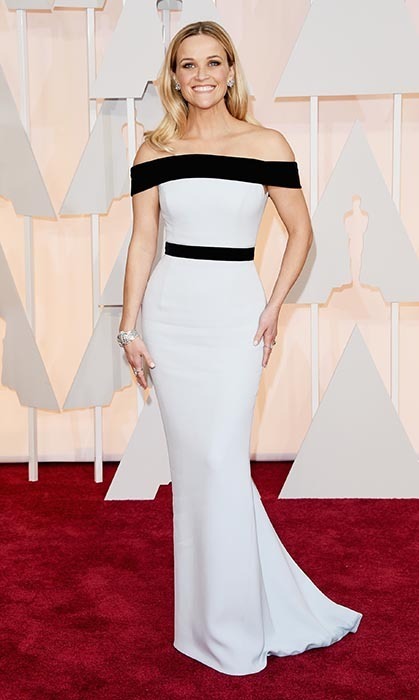 My favourite top-to-toe looks were: Emma Stone, Cate Blanchett, andÂ Gwyneth Paltrow.Â While I did like quite a few of the celebrity looks, I sort of wished that the outfits and styling were way more glam and out-of-the-ordinary than they actually were. The simple column silhouettes just seemed sort ofÂ – dare I say –Â normal.

As some of you know, my thoughts are typically walking the aisles of the fashion world although, these days, my ukulele is doing all the walking and talking.

Today I’m featuring images from two advertising campaigns that are getting a lot of rubber-necking. The campaigns have much in common:

– Both are in black and white

– Both feature ‘it’ model Lara Stone

– Both are a little arresting.

Without further ado, our first campaign:

photographed by Mert Alas and Marcus Piggot of Mert & Marcus

I really like this Calvin Klein campaign: the simplicity of the styling works with the clothes’ minimalist cuts. Klein is known for his love of black & white in everything that communicates the brand: campaign photos and his logo, for instance, continue to stick to the recipe after all these years. He’s also infamous for launching the so-called anorexic model look of the ’90s and his affinity for half-naked bony models had us complaining enough that he’s toned it down a notch for 2011.

With Lara Stone for spring, we see the gender-bender play he’s also fond of but we get a few curves and not-so-straight lines among all the symmetry. The campaign images are classic examples of photo compositions that are perfect because of a slight disturbance in the proportions. In the top left photo, an otherwise symmetrical image gives the illusion of a longer leg because of Lara’s off stance.

In the top right image, the perfect symmetry of Lara’s face and her outfit’s geometric lines are challenged by the asymmetry of her sloped shoulders. It’s simply stunning.

And now for our second campaign:

photographed by Mert Alas and Marcus Piggot of Mert & Marcus

I like this campaign; it’s definitely one we’d call ‘unconventional’. Prints are a contrast to solid white and black, people are layers to each other within the images and odd shadows lurk about. Not a hair is out of place- literally- except perhaps on Lara Stone, and we can forgive her for that because of a certain menacing-looking and albino Stephen Thompson hovering behind. And he really is albino- that’s not his fault, either.

In terms of selling clothes, I’m not sure that this Givenchy campaign works. If it’s to relate a mood, a weird moment in time or the beauty in the odd, then it’s a perfect sales pitch.