Last Friday, I had the opportunity to attend one of Kitchener-Waterloo Symphony’s Beethoven concert at the Centre in the Square, and I’m pretty excited to share my experience with you. This was the first time I had ever been to a symphony. I have been to the ballet, I go to random concerts, and I’m a regular theatre goer, but the symphony…I was a total newbie! Was it ever good!

The Beethoven concert that I attended was the first of a three-part Beethoven marathon. It covered his piano concerto no. 1 in C major and no. 4 in G major. The second and third shows, which occurred on the Saturday, covered additional concertos. Full disclosure – I don’t really know much about Beethoven or his concertos…even though it may have just sounded like I do! 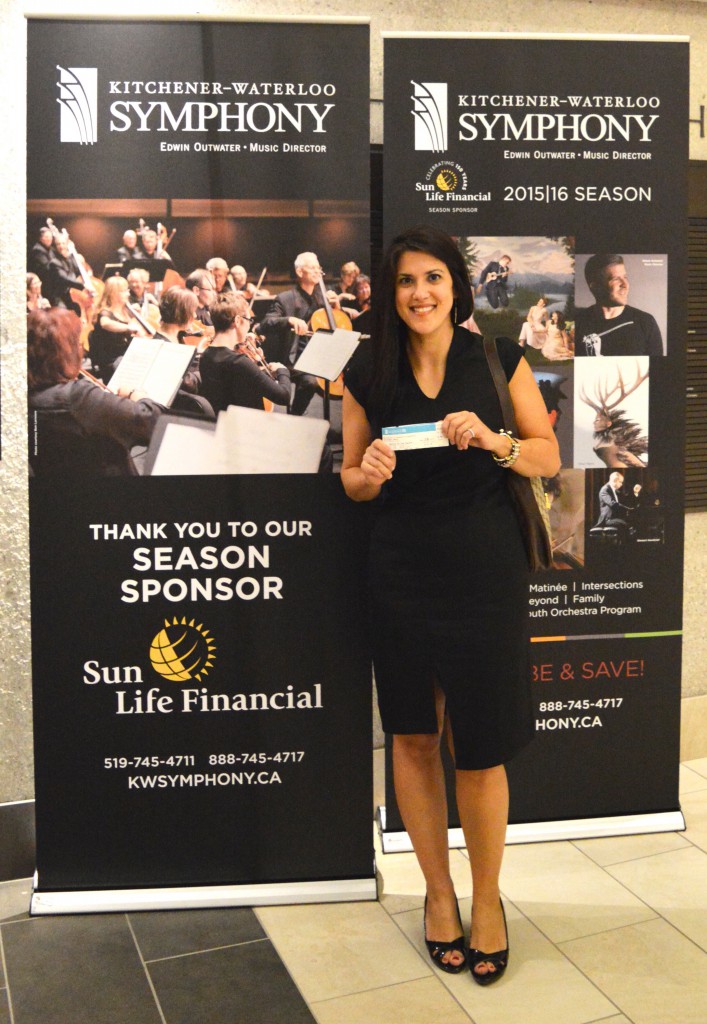 The evening started off beautifully with an appearance by the Grand Philharmonic Choir. With them leading (and taking centre stage), we all sang O Canada. From there, the Symphony’s conductor, Edwin Outwater, welcomed everyone, and began the concert. Obviously, I couldn’t take pictures during the performance (obviously), the photos I’m sharing here are pre- and post-concert. They should give you an idea of the orchestra’s organization and presence on stage.

I am convinced that pianist Stewart Goodyear has magic fingers. Watching him play (via a close-up video streaming on a screen) was incredible. He was completely poised, played without any sheet music, and really seemed to love every moment of the concert. I really enjoy watching people who are so passionate about their art.

I have always appreciated the arts, but watching this talented team of musicians work together so seamlessly was pretty amazing. I know actors do it on stage, but this seemed like a completely different approach to team work, you know? Alone, noone could have achieved what was created as the whole. 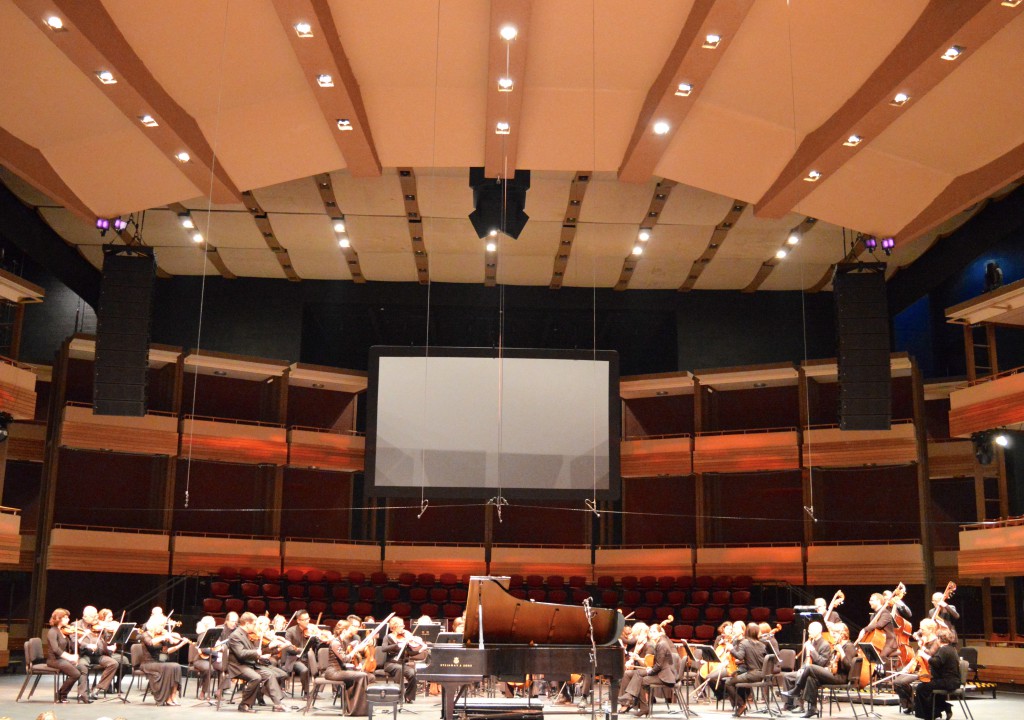 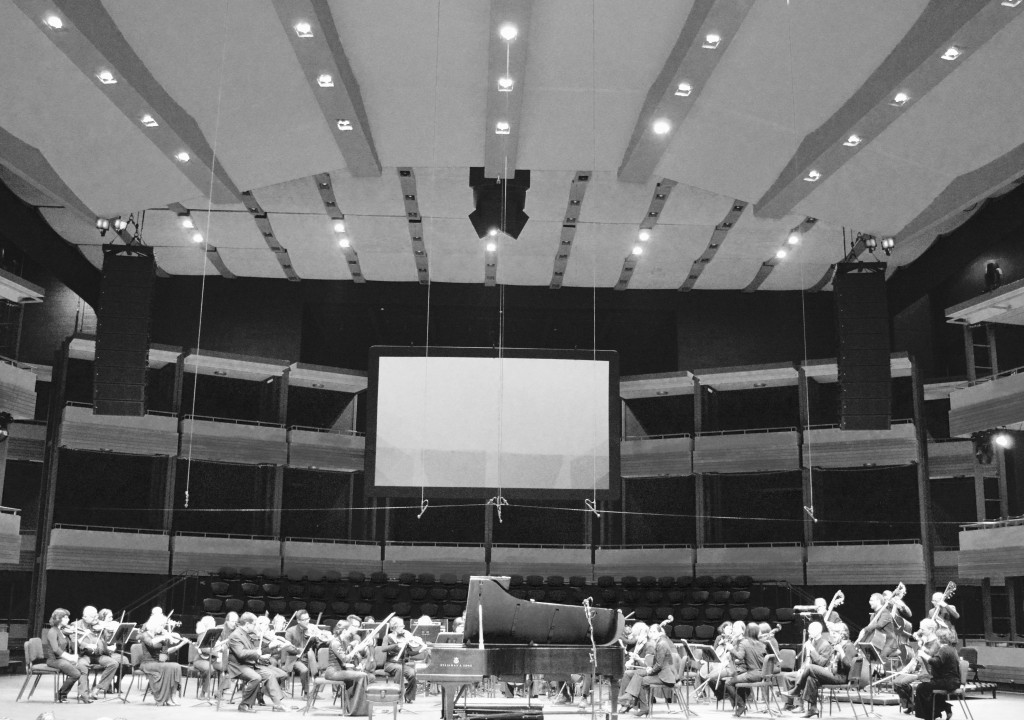 I enjoyed the concert for more than just the music. The traditions and routines of the performance also caught my attention. The fact that the musicians wore black made their wood instruments really stand out. The pianist, wearing tails, artfully took his place at the piano on a black tufted bench. The conductor graciously thanked his orchestra for the performance and made certain that they shone throughout the evening. 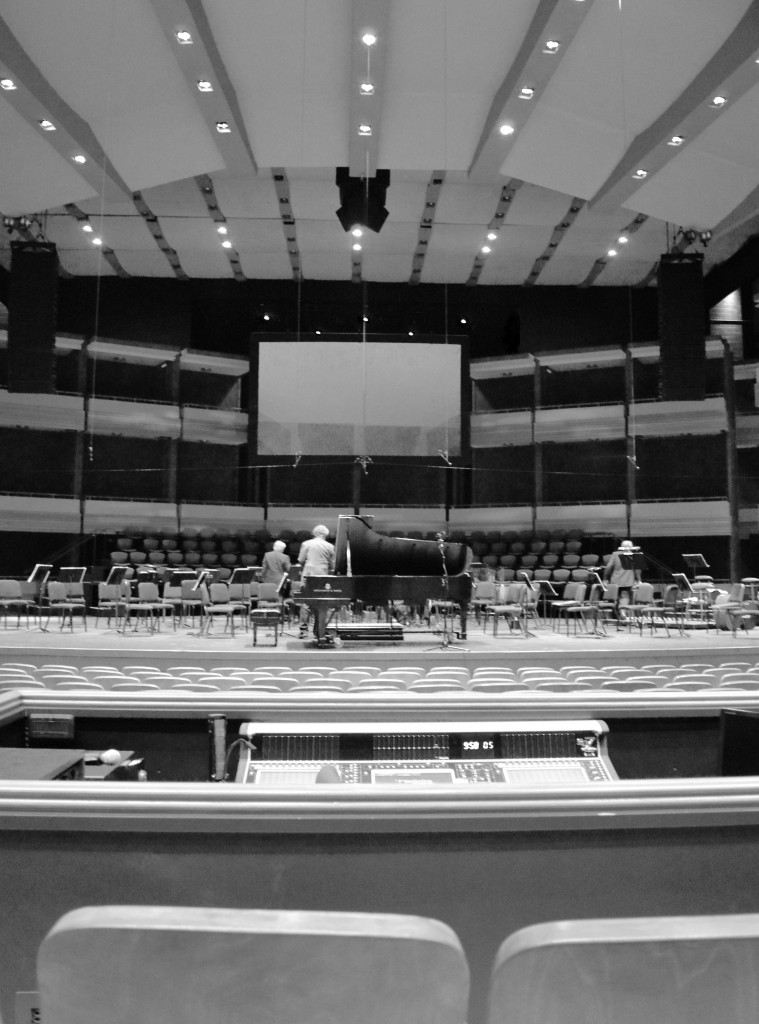 the view from my seat – amazing!

Now, as Waterloo region is a major tech hub, we were treated to yet another something special. A while ago, the region hosted a 36-hour hack-a-thon in collaboration with the KW Symphony. Hackers came together and worked with the musicians and the space to create new experiences. The winners of the hack-a-thon were Adam Fancey and Justin Safa who developed Fractal Orchestra. Essentially, they recorded the performance and ran it through a too-complicated-for-me-to-figure-out program which created algorithms-or-something-equally-complicated that then led to pretty images. Pretty images – very cool. I know I’m not doing justice to their complicated work, so if you’re interested in the details, I’d encourage you to visit their new website. Here’s a look at some of their creations: 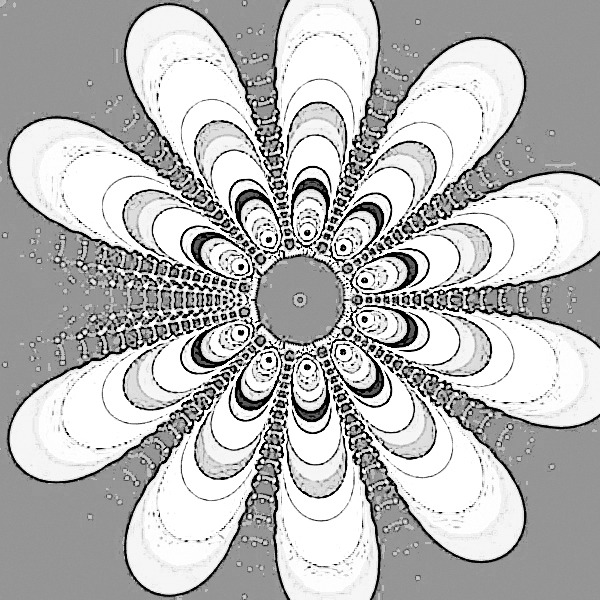 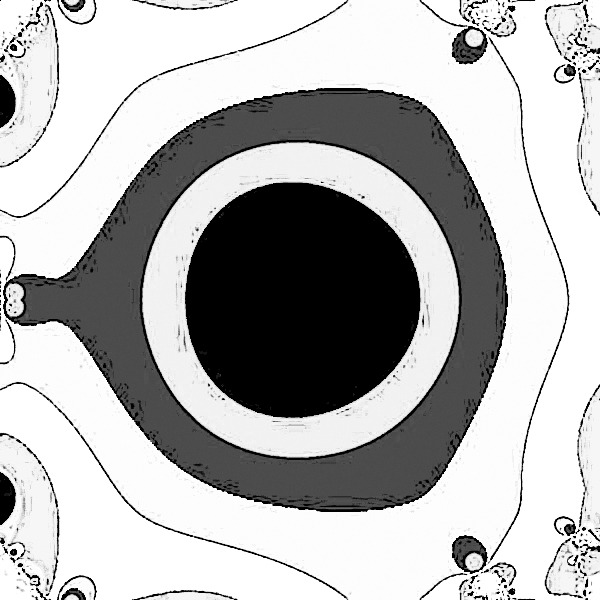 I know the images aren’t as clear here as they are in real life, so I’d encourage you to learn more here. They really are interesting pieces of modern art.

Now, on to my initial thoughts of the venue. This was my first time attending a show at the Centre in the Square, and I was pretty impressed by the architecture and decor. The stage was wonderfully lit, the wooden seats were modern and well-maintained. The reception areas outside of the concert hall surprised me, too. They were full of over-sized loung-y grey casual sofas and sleek gold side tables. The audience definitely made use of these spaces pre- and post-concert as well as during intermission. It was really good to see the large space filled with excited audience members.

The lighting was also something to note. Totally modern! Completely hip! Who knew? Kitchener-Waterloo continues to surprise me with its approach to design and architecture. I feel proud to promote this city (read this). 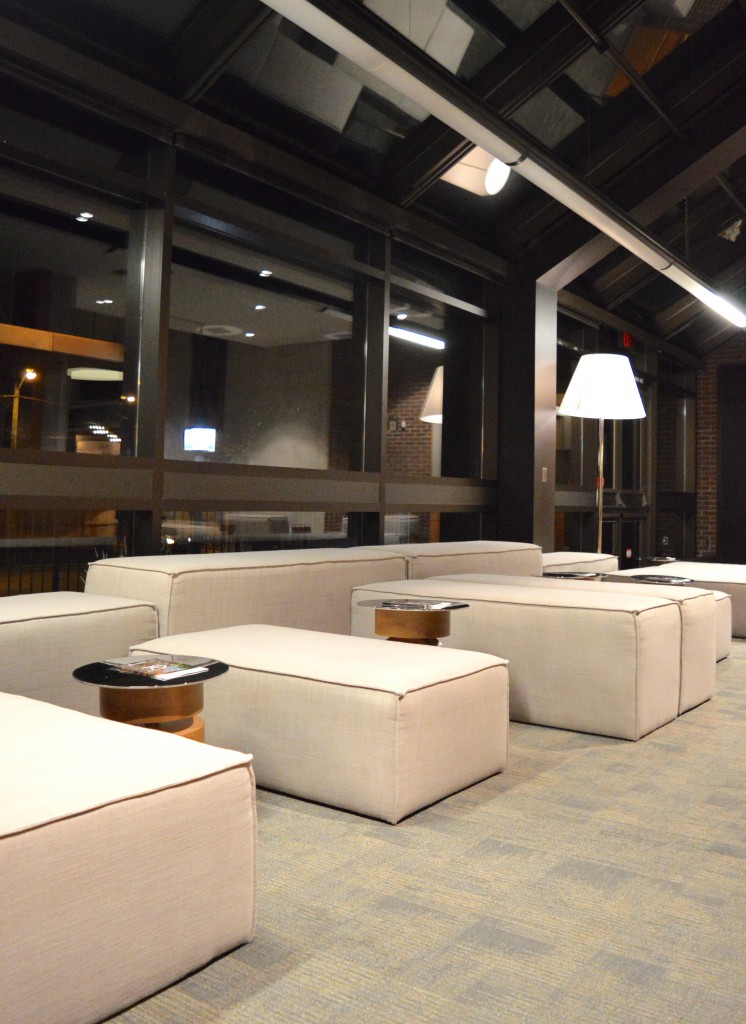 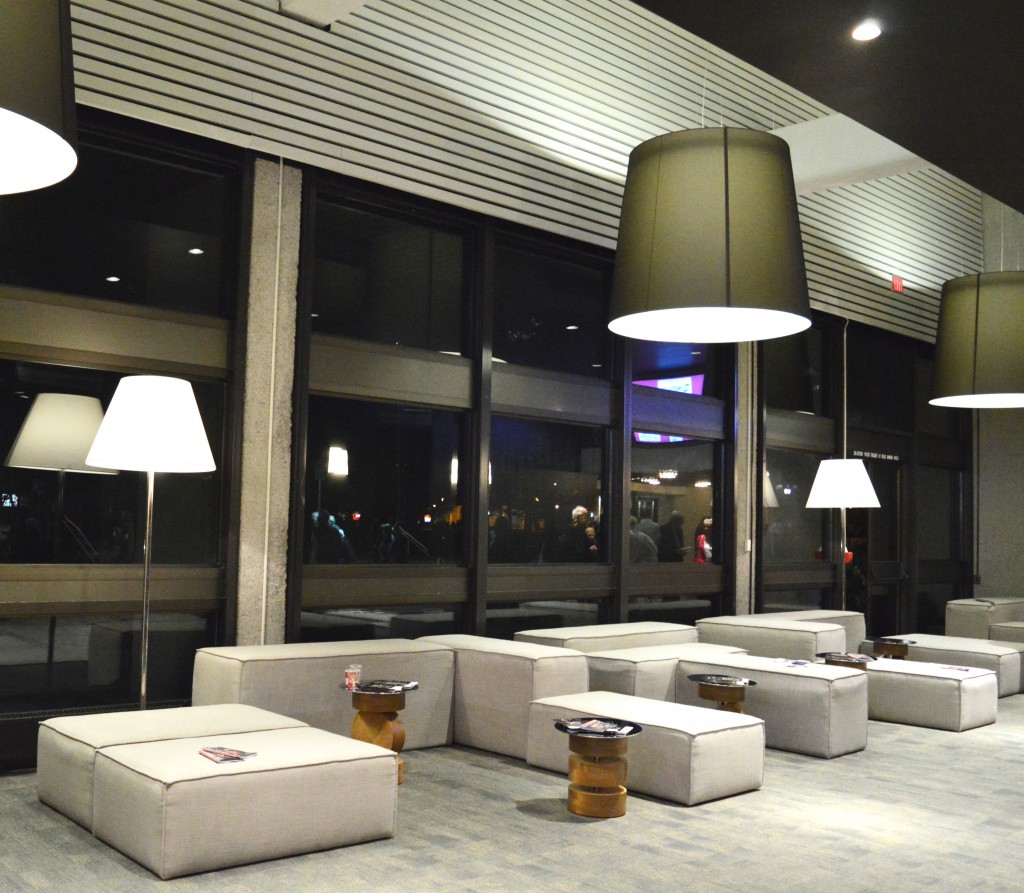 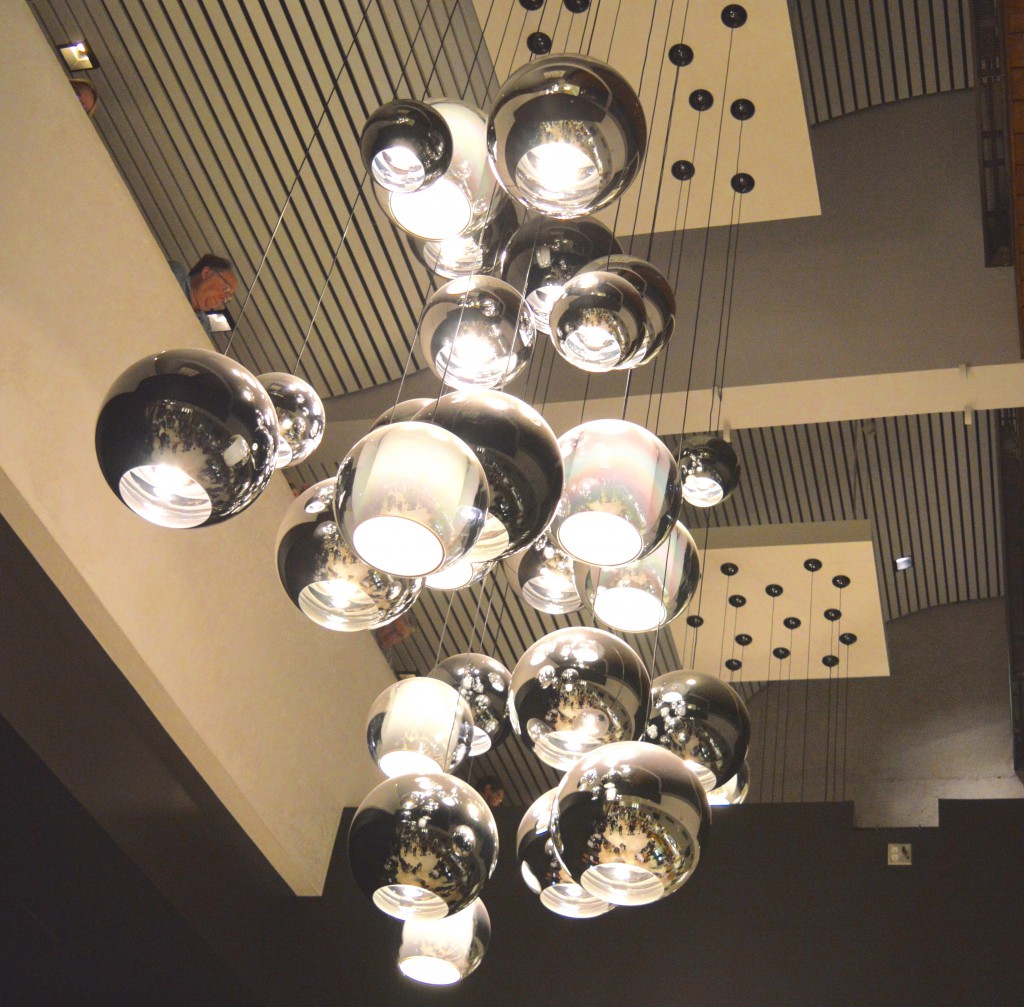 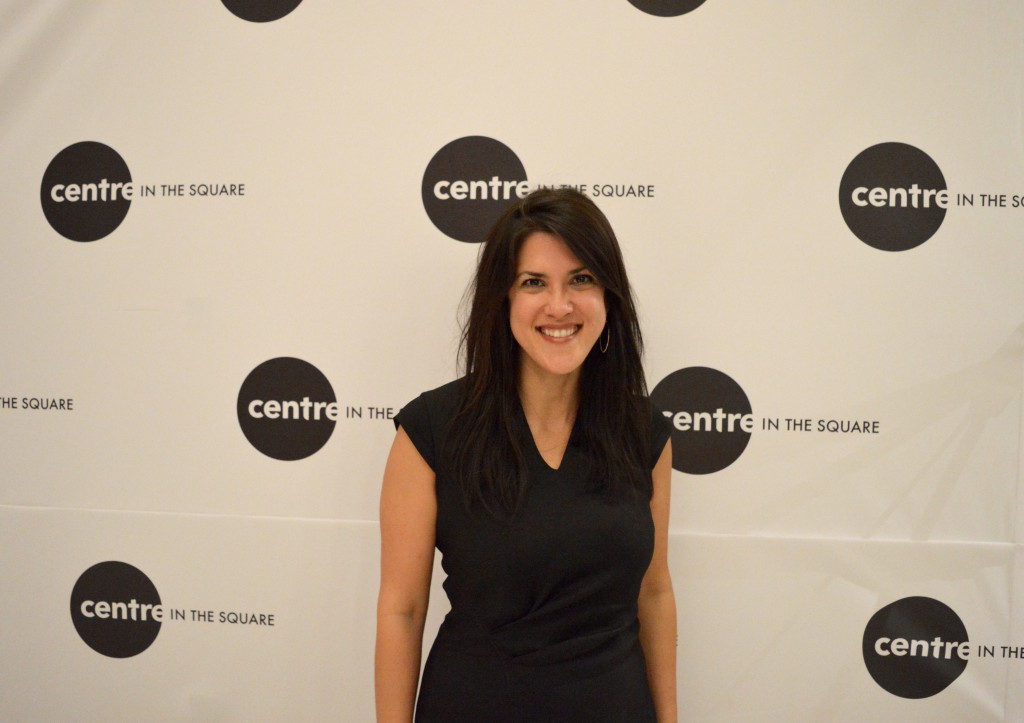 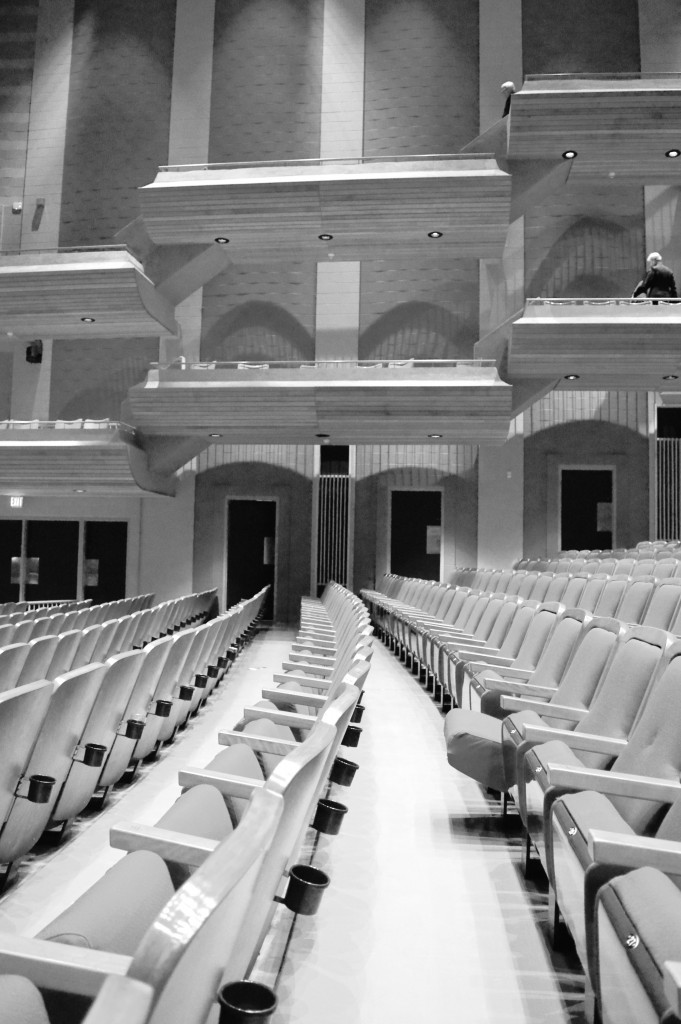 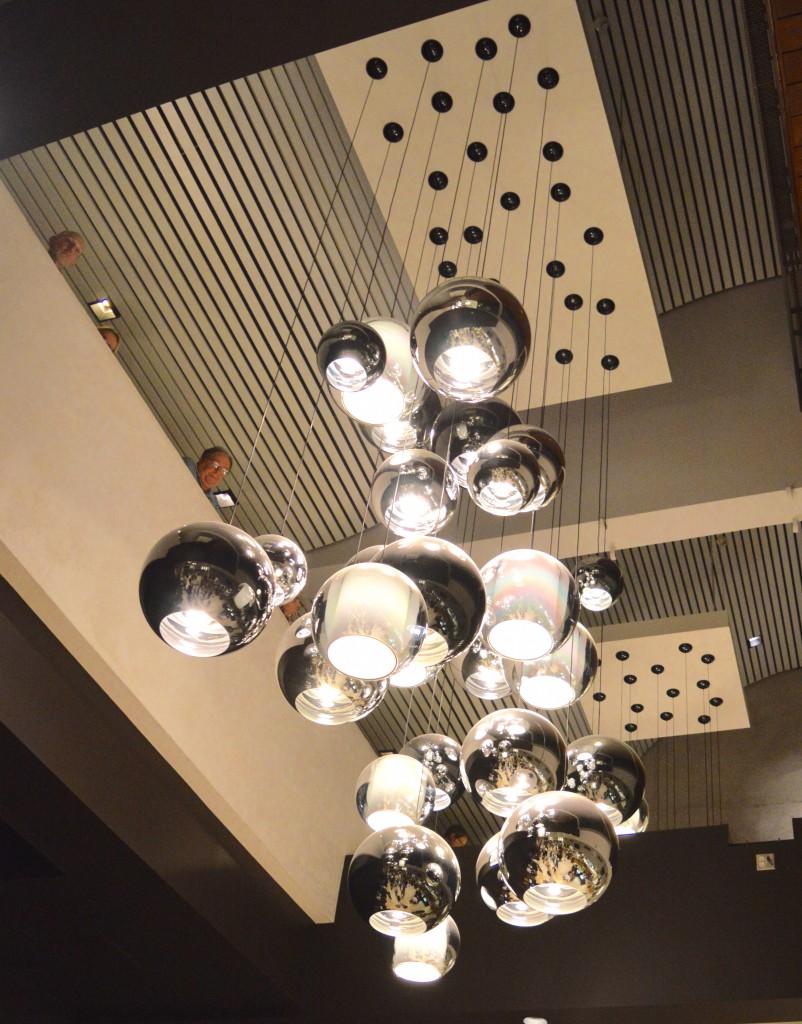 At some points throughout the concert, I caught myself thinking about how great it is to live in Kitchener-Waterloo. Attending the symphony at the Centre in the Square was easy, convenient, and approachable. I’m curious about whether or not my Waterloo region readers have had similarly positive experiences. Do tell!

Many thanks to Kari at the KW Symphony for generously arranging my visit. Learn more about the events being held at Kitchener’s Centre in the Square.