I don’t know anything about Star Wars. In fact, anything I do know about it, I’ve learned from my nephews and niece (who are 6, 5, 4, and 2.5 years old). My 2.5 year old niece sings some random (or maybe not so random) Darth Vader song, and her three older brothers are thrilled when they dress up in their Star Wars costumes (year-round) and run around the house with lightsabers (is that what they’re called?). So when I saw these booties, I instantly sent the link to my sister, as I know that if she wore them, her kids would surely think she was the coolest mom around. 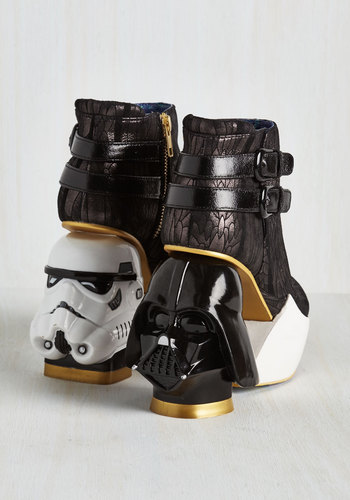 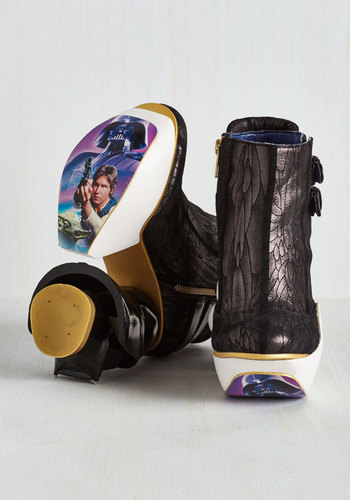 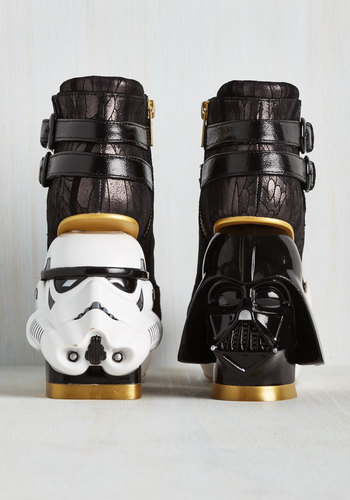 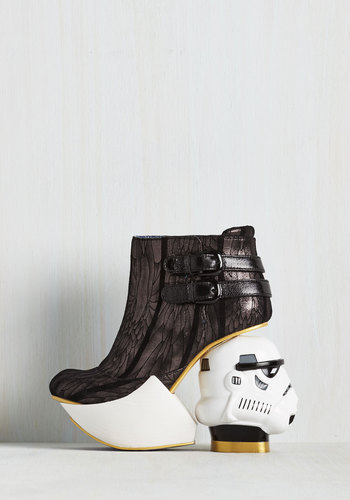 The Empire Struts Back Boot, $337.99 (on sale), Irregular Choice via ModCloth

The boots are made by the UK brand Irregular Choice, and the company has a whole line of Star Wars footwear. The CP3O flats caught my attention – because they’re gold – not because I know anything about CP3O.